Bishapur (or Bishâpûr, the City of Shapur I, was founded in 266 on the beautiful Shapur. Shapur was the second Sassanian king, after Ardashir, and his city was on the road from Persepolis to Ctesiphon. He had defeated the Romans in battle and city was designed on a Greco-Roman grid plan and built with the help of Roman captives. The city had a palace and a Zoroastrian Fire Temple. There was a courtyard decorated with mosaics. Though lost, Shapur's palace garden is believed to have been an influence on subsequent Islamic gardens. But Bishapur itself fell into decay after the Arab conquest of Persia. 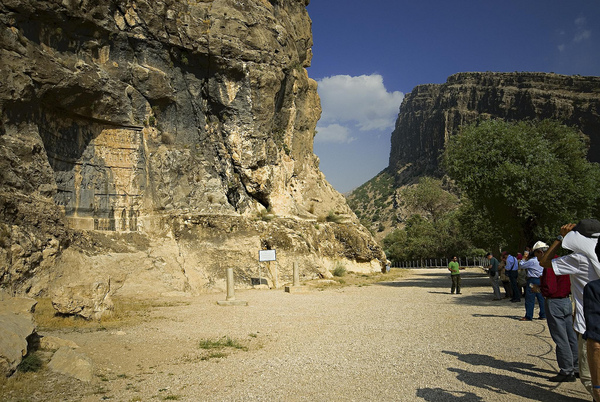