Bidar became the capital of the Bahmani kingdom in 1424. Both the palace and the town were fortified. The palace has a number of small courtyards. The Solah Khamba Masjid (sixteen columned mosque) faces eastwards onto a formal garden. The Lal Bagh (Ruby Garden) has a central tank and an axial channel which used to take water from the Tarkash Mahal (Turkish Pavilion) to the hamam (hot baths). The Madrassa of Khwaja Mahamud Gawan is in the town. See chart of Asian garden design styles. 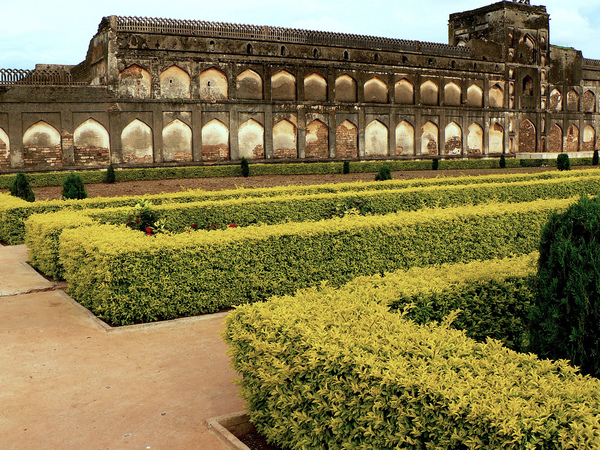 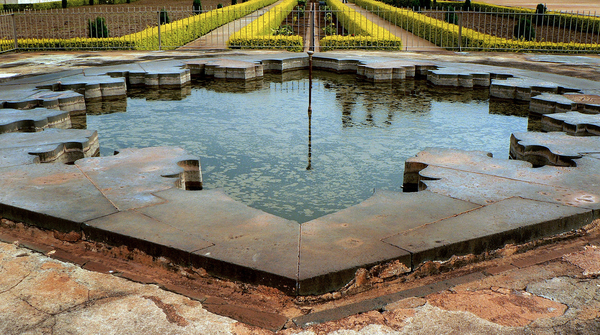