The site is laid out on 7 terraces.  There is a parterre, fountain and stone steps.

The Bantry Demesne used to be called Seafield until the early 19th century. Richard White, First Earl of Bantry kept a beautiful house and great garden which swept down to the sea until the goverment of the day decided to build a road into Bantry along the shoreline. The garden and house as we know it today was designed by his son, Richard White Second Earl of Bantry, in the middle of the 19th century. Richard travelled extensively and greatly admired the Italian and French gardens he saw and tried to re create his impressions here in the west of Ireland. He created 7 terraces, the house itself is placed on the third, with four more rising at the south side of the house connecting the formality of the house with the wilderness of the woodland. All this is bound by elegant balustrading, topped with pots and statues. The four terraces are dissected by a monumental staircase, also called the Hundred Steps, made of local stone, beginning at the parterre and ending at the start of the woodland which is fringed with majestic Scots pines .

Each aspect of the house has a different character, to the east the visitor is greeted by the goddess Diana, a tall statue in a circular bed. To the north the eye is led to the sea by sweeping lawns and 14 circular beds, to the west one overlooks a lush sunken garden and to the south one can enjoy the tranquility of the fountain in the centre of the parterre and the ancient wisteria which is at its best in May.

All this is surrounded by fields, a little stream leading up to the walled garden, woodland, and walkways, with one of the best views anywhere in the world from the top of the hundred steps.

Bantry House survived over more then 200 years an attempted invasion by the French (1796) strife and famines, world wars and the Irish civil war. In spite of all this, descendants of the 1st Earls still live in the house. Clodagh, the present owner's mother, opened Bantry House to the public in 1946 - one of, if not THE first in the British Isles. Not only is the house with it’s collection of furniture open to the public, it also hosts music recitals and the well known West Cork Chamber Music Festival, private and commercial events and weddings. Accomodation is available in the East and West Wing and there is a Café/Bistro open daily.

1) The garden was designed by Richard White, 2nd Earl of Bantry
2) The garden was meant to reflect the wealth and the taste of the Earls of Bantry, it was also to compliment his extensive art collection
3) Its location is certainly a distinctive feature, the interplay of house and garden a very strong architectural statement. 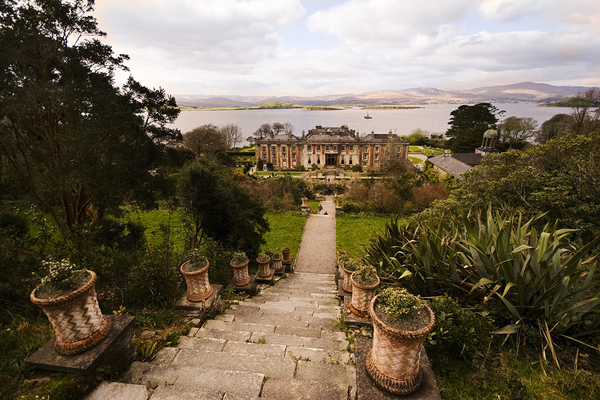 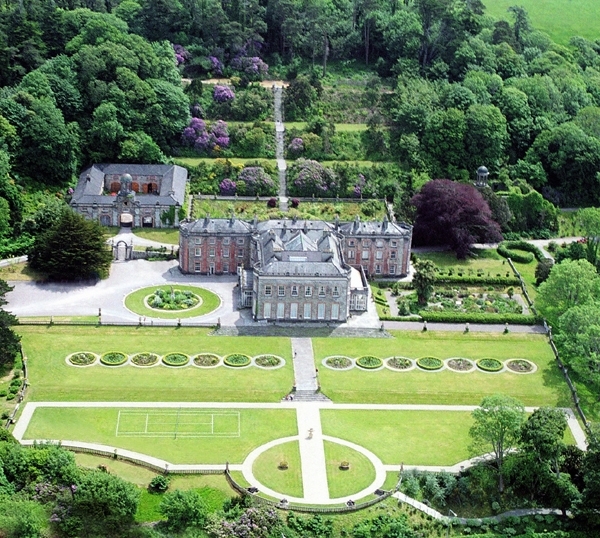