Arkadia Park is an example of a romantic English landscape garden in Poland. It was made after 1778 by Helena Radziwil. Her nickname was the “Mamezina Princess” and, having become a freemason, and ‘enlightened’, she turned against the Baroque style of garden design. The park was ornamented with small buildings, known as fabriques, intended to evoke the arcadian landscape of antiquity. The themes of the garden, as described by Princess Helena in a guidebook, were Love, Beauty, Happiness and Death. Arkadia suffered from neglect during the communist era and is being restored. It has a serpentine lake, an Amphitheatre, a Gothic House, an Island of Feelings, an Island of Poplars, a Roman Aqueduct and a Temple of Diana. 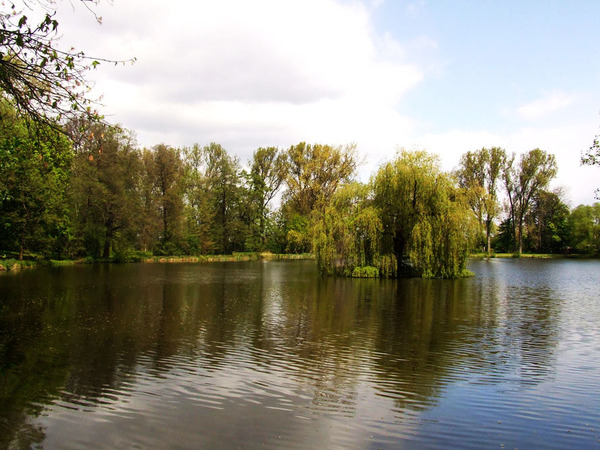 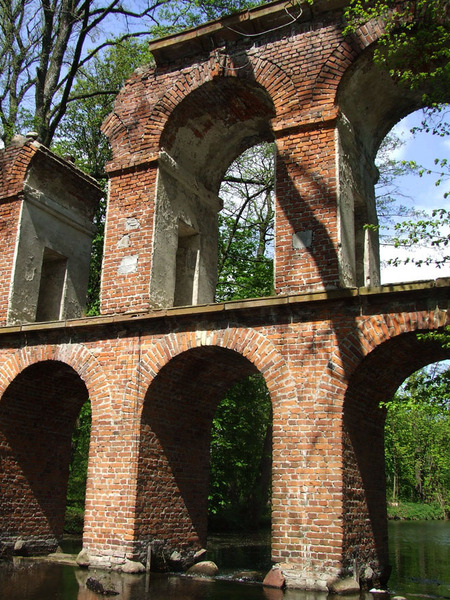