Ambras began to change from a fortress to a renaissance palace when acquired by Archduke Ferdinand II in 1564. The renaissance garden, illustrated in Gothein, has been partially restored. There is also a re-creation of a, presumed, medieval castle garden. The castle is now surrounded by a large landscape park, somewhat in the English picturesque style. The woods hide the castle in a way which would never have been allowed when it had a defensive role. But the castle is floodlit and from the northern side of the valley one can still see how it commanded the heights above the town of Innsbruck. 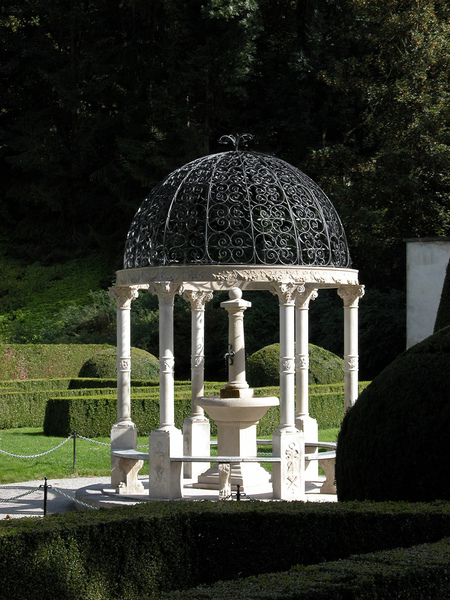 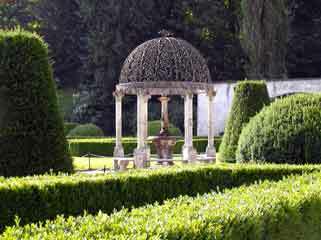 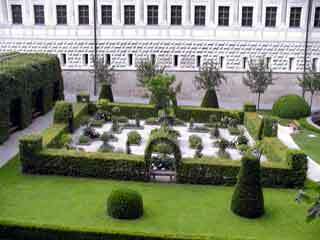 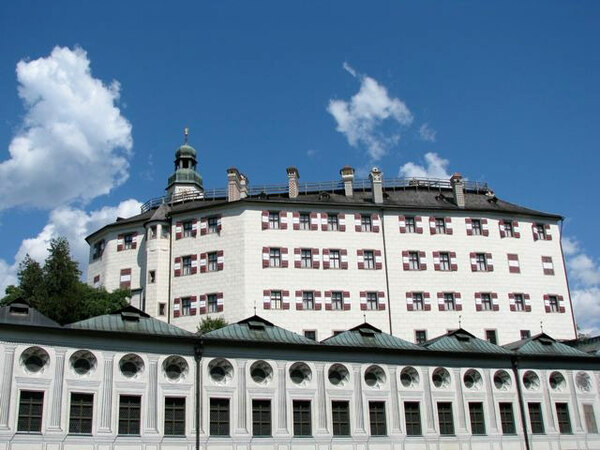 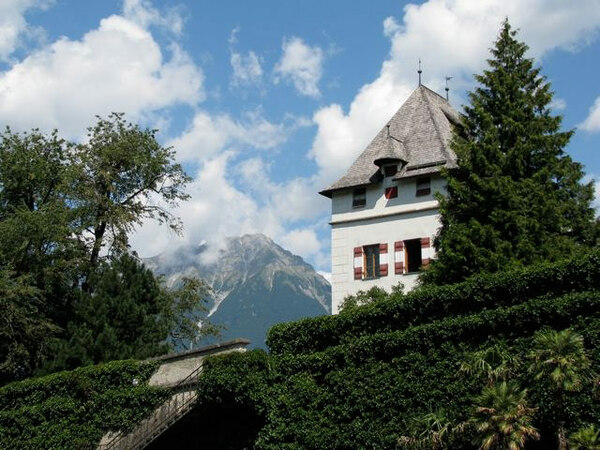 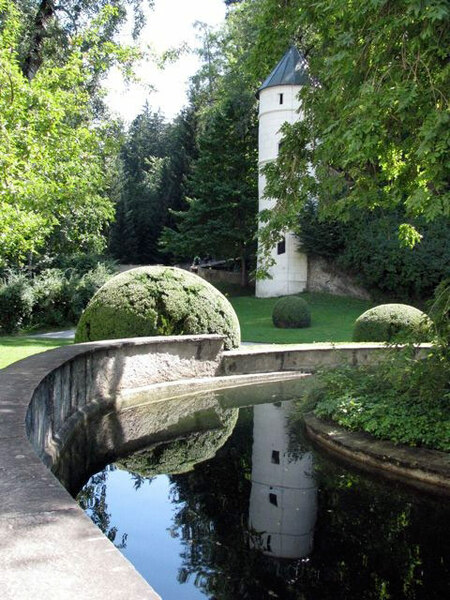