Alexander Garden was laid out by Russian architect Osip Bove in the early 19th century and is named in honour of Emperor Alexander I and survives as a place of elegant calm in an often-hectic city. The public garden runs along the west wall of the Kremlin, in the former riverbed of the Neglinnaya which now flows underground through a tunnel. It has a canal which serves as a 'memory' of the River and also has elaborate displays of floral bedding plants. The Upper Garden contains the 1967 Tomb of the Unknown Soldier and a grotto which was part of the original (1819) design. The Middle Garden is dominated by the Kutafya Tower of the Moscow Kremlin. 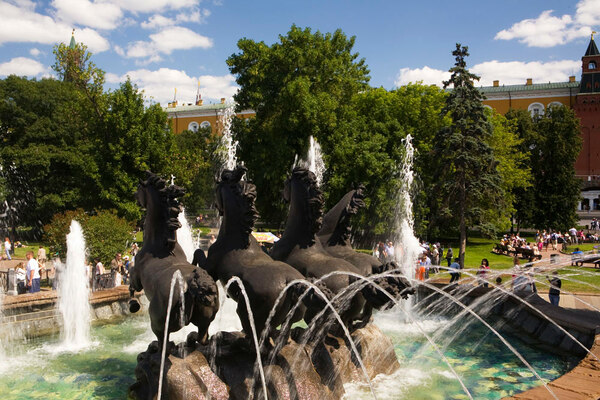 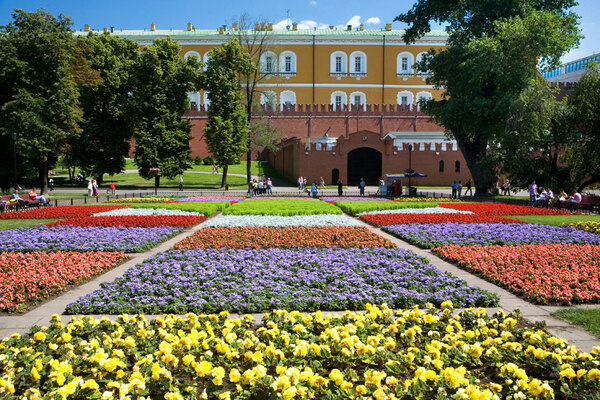 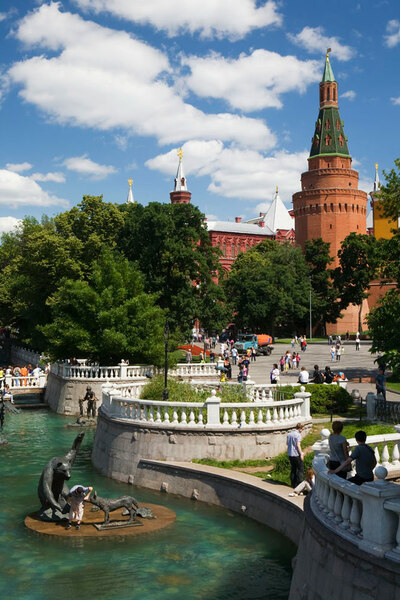