The catalyst for its creation was the Aga Khan, who first mooted the project in 1984. It was executed under the aegis of the Aga Khan Trust for Culture (AKTC), which worked closely with the Egyptian Government and the local community.The park is on the site of an earlier garden made during the Fatamid reconstruction of Cairo in the late 10th century. For 500 years it was a rubbish dump, causing technical challenges during the new park's construction: over 1,300,000 m3 had to be removed and over 605,000 m3 was cleaned. The park is on high ground and commands spectacular views out over modern Cairo and over the 'City of the Dead'. The central feature of the park is the 'spine' - a walkway which runs the length of the site from the highpoint of the restaurant to the pavilion with a chahar bagh looking over a lake. The walkway is enlivened by a succession of water features, including fountain bowls, ground level fountains, rills, canals and chadar waterfalls. These features were inspired by various regional Islamic garden making traditions. Surrounding the central zone, and taking advantage of the contoured site are lawns and informal planting. There are over 325 different plant species - many native to Egypt and grown in a special nursery. There is an orchard (bustan) to provide shade and the tops of the reservoir tanks are an important design feature. The park was planned like a large tree and spreads its roots into the Darb al-Ahmar neighbourhood. Site clearance revealed a 1.5 km section of the historic Ayyubid Wall of Cairo (dating from 12th and 13th centuries). This required archaeological excavation and conservation work. Labour was drawn from the neighbourhood and trained by the AKTC. Beyond the wall and in the streets, the AKTC initiated socio-economic rehabilitation projects. Many of the trained apprentices continue to work on the park as artisans, stone masons, carpenters, gardeners, catering and security staff, and on the historic building restorations projects being undertaken in Darb al-Ahmar. The park's design style can be viewed as an Islamic version of the Mixed Style or as a successful postmodern pastiche. Like a mid-nineteenth century German park it has a rectilinear core and curvilinear surroundings. The difference is that the core draws from a range of Islamic Paradise gardens, rather than from the Baroque Style. The landscape architect was Dr Maher Moheb Stino of Sites International. He is an Egyptian and a member of the American Society of Landscape Architects (ASLA). [Information courtesy Dr Toby Musgrave] 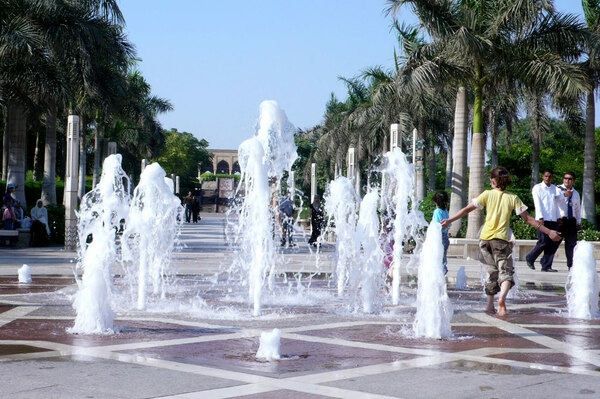 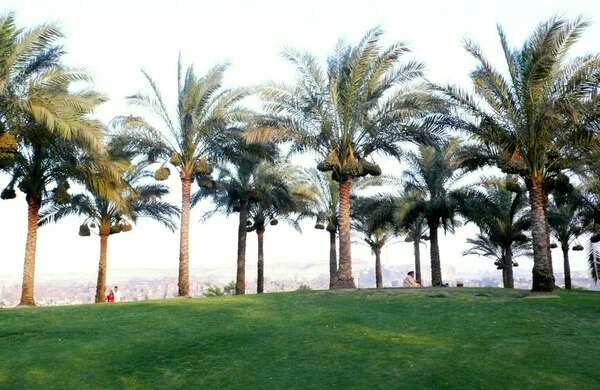 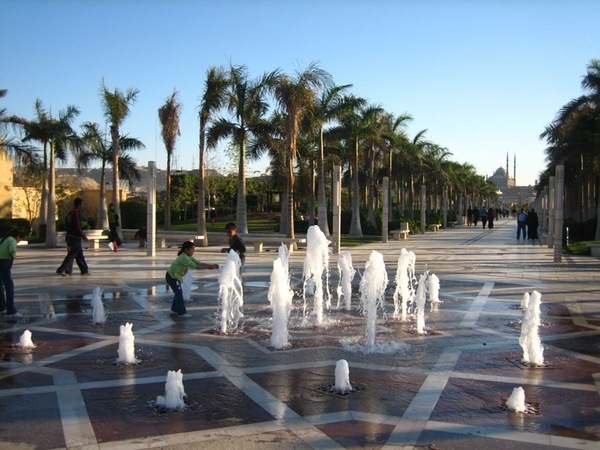 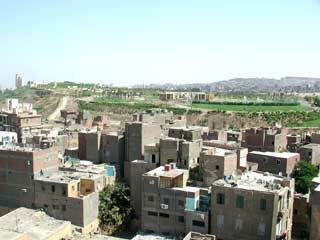 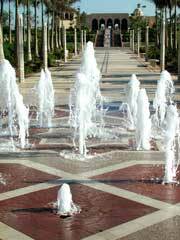