Agia Triada of Jagarolon is a seventeenth century Greek Orthodox monastery on the island of Crete. It was built, in1634,  during the Venetian occupation of Crete. "Agia Triada" means "Holy Trinity"; Jagarolon, or Tsagarolon, is the name of its Venetian founder. The architecture is in the style of the Italian Renaissance under the influence of the Veronese architect Sebastiano Serlio. The monastery buildings form a large courtyard which also contains the monastery church. The space is managed as a garden with cypress trees and bouganvillia. Its original character is unknown but is likely to have included fruit trees. All the monastery's records were destroyed (by the Turks) during the Greek War of Independence (1821-32). The layout is visible on the satellite image if you zoom in on the map below. 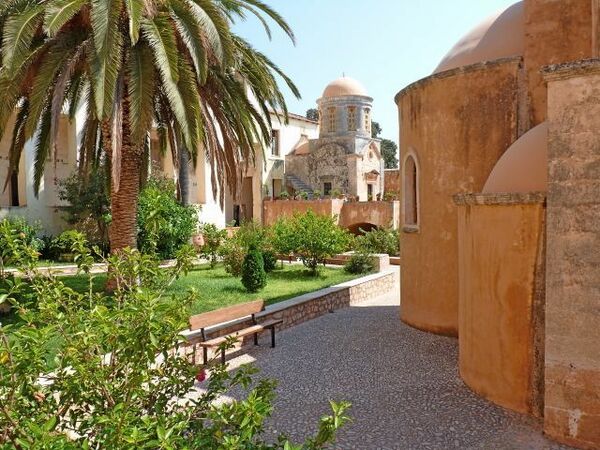 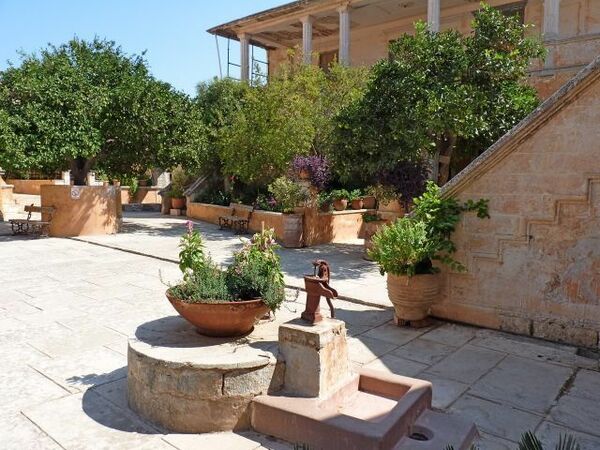 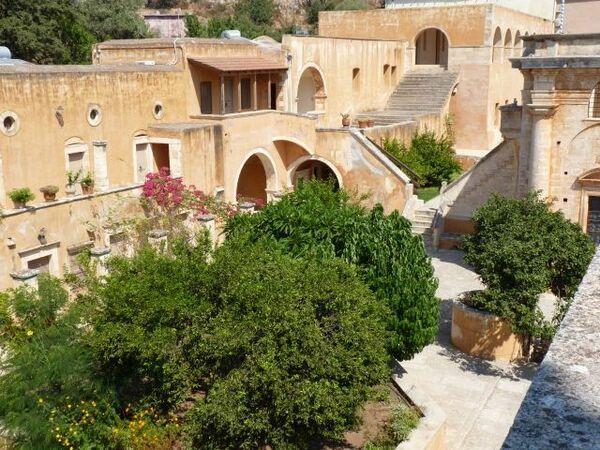 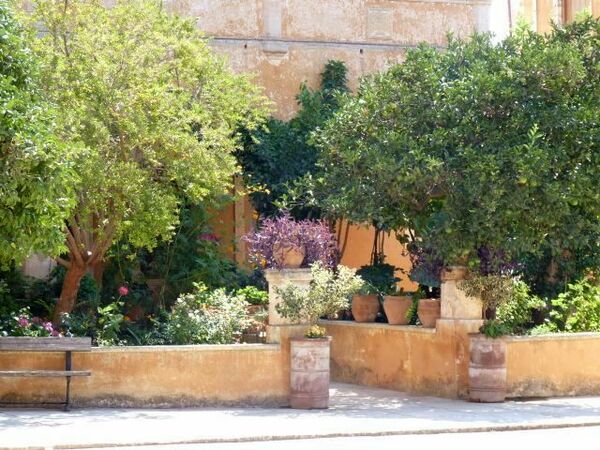 All year. Daily. Times vary according to the season.