Historic examples of deliberate spatial planning, as recounted in histories of urban design, come from places where power has made spatial planning possible. Power can come from a land owner, from an autocrat, from custom and tradition, from municipal codes or from democratic decisions, but it must exist. In colonies, urban power came from colonial authorities. The grid plans which the Greeks exported to Asia Minor , the Romans exported to their Empire and the Spaniards exported to South America , were examples of spatial planning. Sixtus V's plan for Rome , the Grand Avenue in Paris and the Woods' plan for Bath are sophisticated spatial plans. [Fig 2.27] Space can be designed in cross-section (a), at ground level (b) at eye level (c), or from birdseye level 2.27a A view into Paris from La Defense (looking from left to right on the above diagram). This shaft of space has taken over 300 years to create and is still being extended. [2.27b The Jette is projecting the space beyond the Grande Arche] The pioneer of modern urban design, Camillo Sitte, observed that "In former times the open spaces ï¾­ streets and plazas ï¾­ were designed to have an enclosed character for a definite effect. Today we normally begin by parcelling out building sites, and whatever is left over is turned into streets and plazas" (Sitte 1979: 55). Edmund Bacon, in The design of cities, reviews the influence of spatial concepts on a number of the world's great cities. He contends that the "human will can be exercised on our cities now, so that the form they take will be a true expression of the highest aspirations of our civilisation" (Bacon 1967: 13). Bacon's examples include the influence of the Panathenaic way on Athens, of market places on medieval towns, of Sixtus V's obelisks on the design structure of Rome, of Le Notre's plan for the outward thrust of space from Paris, of the sacred axis on Peking, of the Wood's street plans on Bath, of Nash's design on the "processional route" from St James's Park to Regent's Park, and of Bacon's own work on the regeneration of Philadelphia. In each case he argues that a spatial concept, based on a movement system, has had a profound influence on the urban environment. Once the space has been conceived, it serves to inspire other designers as "a dominant organising force in architectural design", with its strength lying, "not in authority but in the ability to influence growth". (Bacon 1967: 34). The majority of Bacon's examples are of cities where linear features, such as avenues, axes and shafts of space, are used to establish the design structure. This may be because the great complexity of the task has led designers to simple solutions. In future it would be wise to remember Patrick Geddes observation that: City improvers, like the gardeners from whom they develop, fall into two broadly contrasted schools, which are really, just as in gardening itself, the formal and the naturalistic. Each has its own place and use (Geddes 1904: 97). Nash and Sitte represent the "naturalistic" school, Haussman and Le Corbusier the "formal" school. But there are more than two styles of garden design (Turner 1986), and each can be a source of inspiration. Just as the private house is a testing ground for new architectural concepts, so the private garden is a laboratory in which to develop new spatial concepts which can be applied to the larger task of city improvement. When offering to make such spaces in new or old towns, city improvers have an unfortunate tendency to resort to jargon. Christopher Tunnard calls for "creative urbanism" (Tunnard 1953: 386) Gordon Cullen for an "art of townscape" (Cullen 1961: 133), Lionel Brett for "macroï¾­aesthetics"(Brett 1970: 58), Kevin Lynch for cities with "imageability" and "sensuous form" (Lynch 1960: 119), Rob Krier for a renewed effort to create "urban space" (Krier 1979: 15), and Yoshinobu Ashihara for an "aesthetic townscape" (Ashihara 1983: Ch.2). In different ways all these authors make the point that conceiving the space itself is a different enterprise from conceiving the elements which contain the space. Ashihara quotes Lao Tzu's statement that "Though clay may be moulded into a vase, the essence of the vase is the emptiness within it" (Ashihara 1983). A potter has full control over his clay but we urban designers must set forth spatial concepts and trust that future decisions by many individuals will create good urban space. 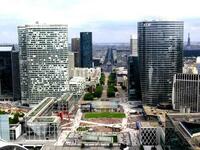 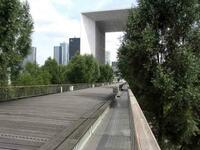