The San Antonio River Walk (aka Paseo del Río) is a most  brilliant scheme which should inspire city planners and landscape architects the world over. Today, it is a linear greenway park on the banks of the San Antonio River. The greenway is below street level and lined by by bars, shops and restaurants. The Riverwalk has become a significant tourist attraction - and a car-free pedestrian zone in the city center: it is one of the best examples of what landscape architecture has contributed to urban design and city planning.

The original idea came from Robert Hugman in the 1920s. He was an architect who had enjoyed fishing by the San Antonio River as a boy. Hugman's proposal was for a flood protection scheme, a park scheme and an urban design. It took him years to persuade the city fathers to adopt his ideas but it was then done (in 1938) with public works money. By the 1950s the scheme was falling into decay. Robert L. (Bob) Frazer (who received a landscape architecture degree in 1948) was appointed Director of Parks and Recreation in San Antonio in 1955. He reorganized and redesigned what had become an unsafe place. Attracting people and business made the River Walk Greenway safe, popular and beautiful. 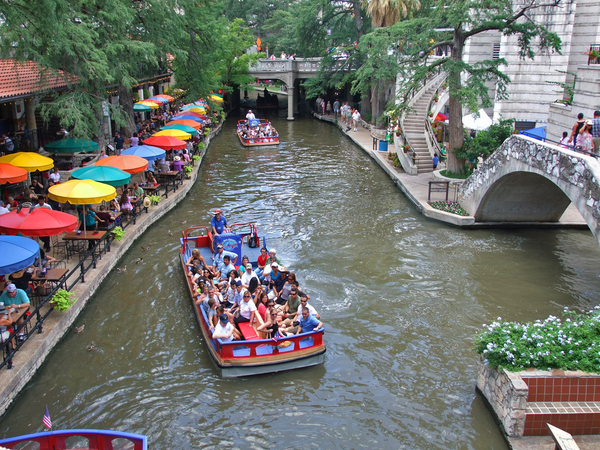 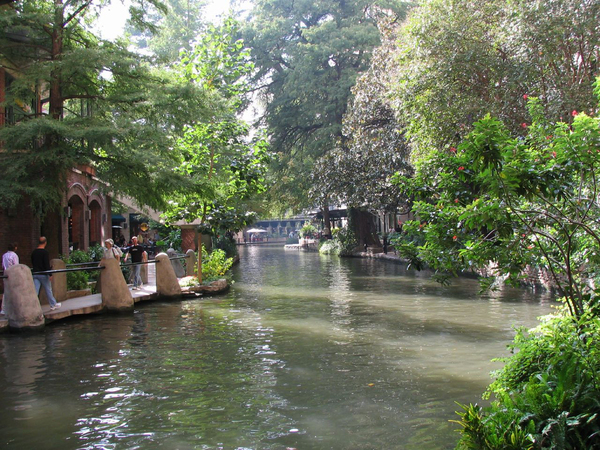 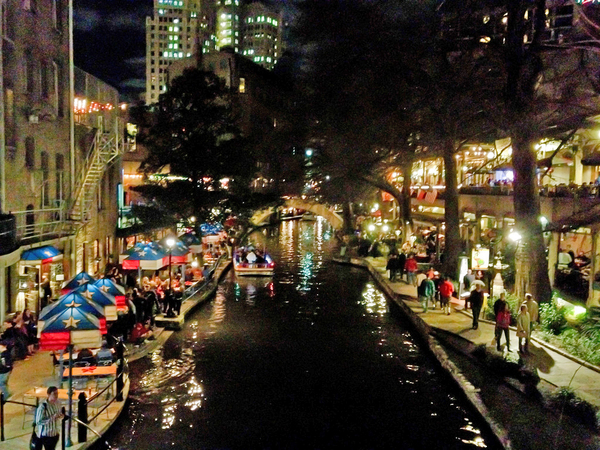