The Gyeongbokgung Royal Palace or Gyeongbok Palace, is a royal palace in northern Seoul was begun 1394 and reconstructed in 1867. The name means "Palace Greatly Blessed by Heaven.". It was largely destroyed by the Japanese after 1911 but a  re-building programme was begun in 1989.

The Gyeonghoeru Pavilion  was built in 1412  and rebuilt  1867 on an island in a rectangular lake, with stone bridges to the palace grounds.

The Hyangwonjeong Pavilion, is a hexagonal pavilion built in 1873 on an artificial island. The name means "Pavilion of Far-Reaching Fragrance 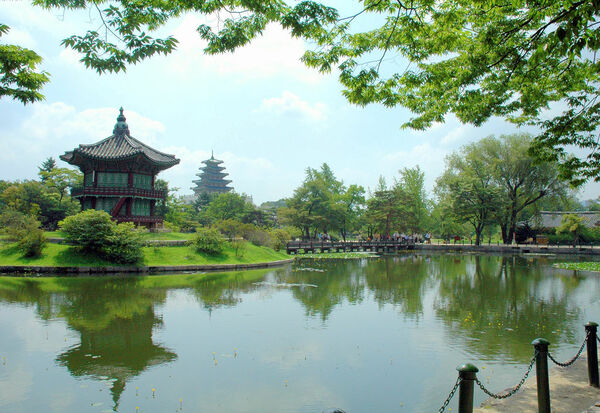