The history of park systems

Park systems differ from park belts in that they run through the midst of urban areas. The first and most famous example was planned and designed by Frederick Law Olmsted, for Boston in the USA . This 'Emerald Necklace' has mesmerised park planners since its inception. It linked Boston Common, the Back Bay Fens, Jamaica Pond, the Arnold Arboretum and Franklin Park . The main linking feature was a streamside carriageway (or Parkway) in which one could bowl along in a horse-drawn carriage, as in the Bois de Boulougne ( Paris ) or Hyde Park ( London ). Tolkien, in the Lord of the Ring, represented life as a battle of light against dark and good against evil. In these terms, Olmsted's Emerald Necklace was a famous victory for the powers of light over those of darkness. But, as Tolkien would expect, the forces of darkness struck back. Boston 's ring of power was not a complete circle and after Olmsted's time it became a major traffic artery, even a noose around the city's neck. In recent years, restoration works have been put in hand. After Olmsted had launched the idea, H.W.S Cleveland and G.E Kessler made park systems in many midwestern cities (Walmsley 1995). The park system idea then returned to Europe , a gift from the New World to the Old World . At the end of the nineteenth century, many European cities had circular fortifications, which were no longer required for defense and could be made into park systems. The fortifications of Frankfurt and Copenhagen , for example, were made into Olmstedian park systems. London had no fortifications of this type but an English author-planner, Ebenezer Howard, drew inspiration from Olmsted, and from William Light, when proposing a green belt for London in 1898. Later park systems in American and European Cities were intended for walkers, rather than carriage riders. Many of the best Park Systems were based on watercourses, as in San Antonio 's River Walk (Searns 1995). In 1929, Raymond Unwin proposed a 'green girdle' for London , which was a park belt of recreational land at a radius of approximately 56 km from the city centre, with some links into the city. At their best, park systems can have a vital role in 'shaping cities by laying out a pattern in advance of urbanisation' (Walmsley 1995). Patrick Abercrombie used the term 'park system' to describe one of the most ambitious open space planning proposals which has ever been made for a capital city. It covered an area with a radius of 70 km, interlacing both the built up area of London and the surrounding countryside. Abercrombie's Park System was never incorporated into London 's official planning documents but it continues to hold planners' imagination in its cool and leafy grip. New sections keep being added and the process is likely to continue so long as London r ema ins an entity. From the standpoint of conceptual clarity, it is regrettable that Abercrombie described his proposal as a 'park system': it contained an agricultural green belt and agricultural 'green wedges' which penetrated the urban area. Only some of it as parkland. 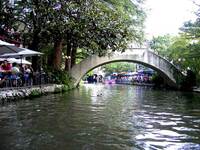