Negative side effects are the environment's wicked stepmother; positive side effects are her fairy godmother. The twin disciplines of economics and ecology provide a theoretical framework within which to discuss the landscape implications of public goods. Both take their name from the Greek root oikos, meaning home. Economists restrict their concern to the "home of man". Ecologists study all relationships between living things and the environment. "Ecology is really an extension of economics to the whole world of life", wrote Wells and Huxley (Wells et al. 1931). In a developed ecosystem each species has a place in the community structure and depends on resources provided by other plants and animals. Energy is collected by green plants and distributed through food chains and food webs to herbivores, carnivores and decomposers. Each plant and each animal adapts to a special place in the habitat, known as a niche [Fig 2.2]. The habitat itself belongs to all its inhabitants. Elton wrote that: ... the "niche" of an animal means its place in the biotic environment, its relations to food and enemies... when an ecologist says "there goes a badger" he should include in his thoughts some definite idea of the animal's place in the community to which it belongs, just as if he had said "there goes the vicar". (Elton 1966a: 64) Some land uses, like lighthouses and churches [Fig 2.3], have a distinct niche in the land use pattern, from which they radiate public goods. Only a few modern buildings have an equally beneficial relationship with their surroundings [Fig 2.4]. 2.4 Some modern buildings, like the Sydney Opera House, radiate public goods. It is loved my millions of people who do not love opera Private ownership boundaries are all too obvious and one rarely senses that enthusiasm which Elton so plainly felt for the forest community: "No sensitive person can enter a forest without feeling that here is the supreme development of nature on land" (Elton 1966b: 190). Though dominant in the ecosystem, trees are massive providers of public goods [Fig 2.5]. Birds and other animals live amongst their branches. Insects and mammals use them as a vertical transport route and benefit from their shelter. Trees prevent erosion and draw moisture from the water table. When blown over, trees provide a habitat for insects and fungi. But it is not the primary aim of trees to provide shelter, of insects to transport pollen, or of fungi to make topsoil. Such benefits are positive side effects of their primary activities. Good landscape planning should achieve comparable patterns of benefit by arranging niches for human land uses. This is not an argument against the private ownership of land; it is an argument for being considerate and generous to one's neighbours and for seeking to plan the outdoor environment as a "home", for plants, animals and humans. The endeavour can be described as oikos-planning, eco-planning, home-planning or eco-city planning. 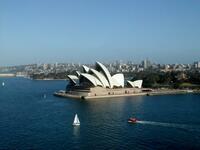 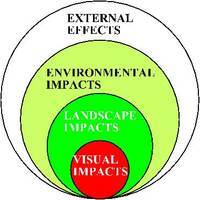