Ancient roads are as important as ancient buildings

Historic roads are as deserving of conservation as ancient buildings, woodlands and other landscape features. The tracks, lanes and streets which were the enablers of civilisation have been destroyed like 'slum' housing and old clothes. Most of the world's ancient tracks, lanes, streets and ways have been, or are being, overlaid with modern engineered pavements [Fig 10.7]. Little can be done about those which have gone. Those which survive should be researched, photographed, surveyed, catalogued and treasured, remembering that civilisation never could have developed without them. The best old roads from each historical period should be conserved, as Grade I ancient monuments [Fig 10.8]. They would allow modern man to know transport as it was experienced by our forbears. One day, there will be guidebooks specialising in ancient roads, like those specializing in hisstoric houses, castles and gardens. 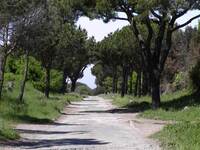 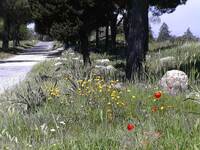