V. Of the Rise, Progress, and present State of Gardening in Switzerland 410. Extensive gardens are not to be expected in a country of comparative equalisation of property, like Switzerland; but nowhere are gardens more profitably managed, or more neatly kept, than in that country. 'Nature,' Hirschfeld observes, 'has been liberal to the inhabitants of Switzerland, and they have wisely profited from it. Almost all the gardens are theatres of true beauty, without vain ornaments or artificial decorations. Convenience, not magnificence, reigns in the country-houses; and the villas are distinguished more by their romantic and picturesque situations, than by their architecture.' He mentions several gardens near Geneva and Lausanne; Delices is chiefly remarkable because it was inhabited by Voltaire before he purchased Ferney, and La Grange and La Boissier are to this day well-known places. Ferney is still eagerly visited by every stranger; but neither it, nor the chateau of the Neckar family, nor those of the Empress Josephine, Beauharnois, and others, eulogised in the local guides, present any thing in the way of our art particularly deserving of notice; though their situations, looking down on so magnificent a lake, the simplicity of their architecture, and the romantic scenery by which they are surrounded, render them delightful retirements, and such as but few countries can boast. The villa-gardens excel in rustic buildings (fig. 121.) and arbours; and are, for the most part, a mixture of orchards on hilly surfaces, cultivated spots, and rocks. However insignificant such grounds may look on paper (fig. 122.), in the reality they are pleasing and romantic. The public promenades at Berne are most beautiful, and kept with all the care of an English flower-garden. In the capitals of the other cantons, public gardens are either of much smaller extent, or altogether wanting. Indeed, in a country abounding in picturesque scenery, and common pastures, and parochial forests, limited spaces for recreation are altogether uncalled for. Who that is free to climb the rocks, or the grassy steeps, or even to walk along the highways, in such a country, would desire to be confined to enclosures in or about towns ? Switzerland has the peculiar advantage of producing a close turf, which, in most places, and particularly at Lausanne and Berne, is as verdant as in England. Harte says that great part of the Pays de Vaud is like the best part of Berkshire; and, indeed, every one feels that this is the country most congenial to an Englishman's taste and feelings. 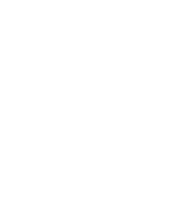