The Jewel Tower is a surviving sections of the medieval royal Palace of Westminster (as is Westminster Hall on the other side of the road). The Jewel Tower was c1365 at the southern end of the palace complex. As the signboard outside the Tower explains there was a medieval garden within the palace walls. It should be re-created. 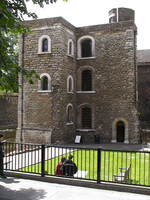 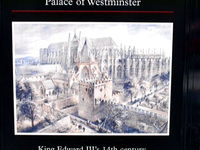