There are but four logical alternatives for the relationship between two entities:

These are the only possibilities, with the term "coalition' used to mean a combination (Figure 10.4). The four contextual relationships can apply to many aspects of the environment, including functional and aesthetic matters. When an environmental impact assessment (EIA) is carried out, it should not be assumed that Similarity is the objective. It is important to have a well-considered environmental impact design (EID), as a target for the relationship between development and context. The EID should govern the scope of the EIA.

If a new house is built in a medieval village, it should not be a plastic cube. Likewise, if a gap appears in an old and well-loved facade, most of us would want the replacement to have a relationship of Identity with its neighbours. This requires a detailed survey of brick types, mortar types, roof and window details. This was the correct policy for rebuilding central Warsaw in the 1950s.

If a new reservoir is to be constructed in an area of outstanding scenic beauty, it should be as Similar to a natural lake as possible. This is today's view, and it is a justifiable policy. Nineteenth century practice shows that current policy is not the only alternative. Our predecessors aimed to make drinking water reservoirs as Different as possible from their surroundings, and for good reason. This was before the age of water filtration and at a time when medical science had proved waterborne bacteria to be a prime cause of infectious disease. When reservoirs were built, the central aim was to make them functionally and visually Different from their surroundings. Dams were often castellated, to appear forbidding (Figure 5). Entire catchments were planted with exotic species. All humans and all farm animals were excluded from the gathering grounds, from the water margins and from the water surface. These policies gave consumers confidence in the purity of the product. One can appreciate their concerns. After 1947, British reservoirs came under the influence of town and country planning legislation. This led to the employment of landscape architects on reservoir projects, and set the stage for environmental impact assessments. The aim was to make the works look as Similar to natural scenery as possible: by using natural shapes, natural materials and native plant species. Recreational use of the water was encouraged, as it would be on a natural lake. One can admire and respect these design objectives, removed as they are from the Victorian need for purity.

If a decision is taken to make a new capital city for a South American country, there are several options. One could return to the pre-Hispanic South American culture; one could build a traditional Hispanic town; one could adopt a wholly new style of architecture. Each policy requires a particular type of environmental survey. Oscar Niemeyer and his clients adopted a policy of Difference for Brasília. This avoided the political overtones of the alternatives and symbolized the government's desire to found a modern nation on scientific and utopian principles ( Holston, 1989). One may respect their decision, though many observers have disliked the results. Robert Hughes (1991) writes that it "was going to be the City of the Future -- the triumph of sunlight, reason, and the automobile'. But it turned out to be "an expensive and ugly testimony to the fact that, when men think in terms of abstract space rather than real place, they tend to produce miles of jerry-built nowhere, infested with Volkswagens'. One presumes that Hughes would have liked more Similarity with local contextual conditions.

The above examples of Identity, Similarity, Difference and Coalition are mainly to do with visual character. "Environment', which means surroundings, is a broader concept. A sophisticated contextual policy could lead to total identity with twenty aspects of the environment and total difference with twenty other aspects. Designers should be asked to give an account of what decisions they have taken, and why. Let us consider some groups of environmental characteristics. 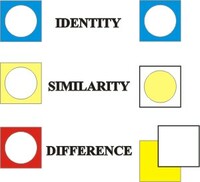 10.5 Castellated dams were designed to stand out from their surroundings 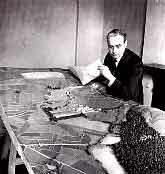