History and theory of garden design and landscape architecture > Garden and Landscape Books > Essays on Cities and Landscapes by Tom Turner - contents list > 3.6 Psychological patterns and environmental psychology for design and planning

Psychology is the study of the psyche. Aiming to find out about the workings of the mind, modern psychology divides into a number of topics: perception, motivation, emotion, learning, thinking, intelligence, personality and innate patterns. It is a large subject, which has often been dominated by individuals.

Carl Jung regarded the psyche as an operational whole with three important levels: the conscious, the personal unconscious and the collective unconscious. Consciousness is the only part of the mind that we know. The personal unconscious, which was a great interest of Freud, comprises all those experiences that are not recognized by the conscious part of the mind. Discovery of the collective unconscious was Jung's most important contribution to psychology. It can be thought of as a reservoir of primordial images, inherited from man's evolutionary past. As innate patterns, they form predispositions towards responding to the world in ways that were developed by our remote ancestors. Fear of the dark, of isolation, of separation from a refuge, come from countless generations of human experience.

Jung believed that the collective unconscious may be thought of as a series of archetypes. Among those he described, some related to living things, some to natural objects and some to man-made objects. They included birth, death, power, magic, the hero, the wise old man, the earth mother, trees, the sun, wind, rivers, fire, animals, rings, tools and weapons. The archetypes are not images: they are patterns, which become focused through experience. For example, every infant is born with a mother archetype, which becomes a definite image after experience of the mother's appearance and behaviour. Jung believed that symbols are the outward manifestation of collective archetypes (Jung, 1964). He therefore spent the latter part of his life analysing symbols, dreams, myths and art as a way of finding out about the collective unconscious (Figure 3.11).

It is useful for creative artists, and designers, to understand symbols and their relationship to the unconscious mind. When Sir Geoffrey Jellicoe addressed the Architectural Association on his ninetieth birthday he remarked that "You may wonder what I have been doing since I resigned as principal of this school fifty years ago. I would like to tell you: I have been exploring the unconscious.' Fifty years earlier, the AA school had been engulfed by abstract modernism. Jellicoe realized that if designers were to see their work as symbol-free compositions of abstract lines, colours and patterns, they would be making a major departure from everything that their predecessors had done. In turning back, from vacantly abstract art, Jellicoe was one of the first postmodernists.

Gestalt psychology is also concerned with relationships. In German, the word gestalt is used to describe the way a thing has been shaped, formed, configured or put together. In psychology, gestalt is often translated as "pattern'. Gestalt psychology began in Austria and South Germany towards the end of the nineteenth century, as a counter-movement to the practice of analysing experience into ever-smaller elements. Typical phrases used to summarize gestalt psychology are "The whole is greater than the sum of the parts' and "Understanding the parts cannot provide an understanding of the whole'. If 100 light spots are projected onto a wall at one second intervals, they will be meaningless. If projected at 0.003 second intervals, they can form a recognizable pattern. Similarly, a melody is more than a series of notes. Designers are often engaged in creating forms that can be read, as static patterns or serial patterns.

Jean Piaget developed a theory of learning that is related to gestalt psychology. He believed that thinking arises in situations where reflex actions and learned routines are insufficient. Piaget identified separate stages in the development of a person's thinking. As children become adults, they learn to classify objects and to think in logical and experimental ways. By trial, error and experience, they formulate mental structures to deal with new situations. The psychological properties of structures were identified as wholeness, relationship between parts and homeostatic adjustment in the light of new experiences. Structural thinking of this type was applied to other fields. Noam Chomsky identified structures in language. Christopher Alexander, who knew Chomsky at Harvard, applied gestalt ideas to design theory. In his introduction to the Pattern Language, Alexander writes:

Each pattern can exist in the world, only to the extent that is supported by other patterns: the larger patterns in which it is embedded, the patterns of the same size that surround it, and the smaller patterns which are embedded in it. This is a fundamental view of the world. It says that when you build a thing you cannot merely build that thing in isolation, but must repair the world around it, and within it, so that the larger world at that one place becomes more coherent, and more whole; and the thing which you make takes its place in the web of nature, as you make it. (Alexander, 1977)

This is a gestalt approach to environmental design. 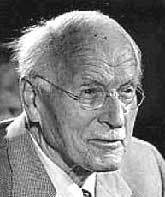 3.11 These examples, of a Finnish stone maze, a nineteenth century turf maze and a tiled maze on the floor of Chartres Cathedral, are from Car Jung's Man and his Symbols.