Doubts about the efficacy of reason and the project of the enlightenment have grown during the twentieth century. French revolutionaries used the slogan "Liberté! Egalité! Fraternité! ou la mort' (Figure 4). And la mort (death) turned out to be one of the great products of modern revolution. Once the French Revolution was over, Europe basked in a century of near-peace, from 1815 to 1914. Optimists could believe in Progress, until the opening salvos of the First World War. Since then, the pessimists have been able to gather much evidence for their view that human society is incapable of progress: Stalin's Great Terror, the Second World War, the Holocaust, the atomic bomb, the Vietnam War, the 300 lesser wars between 1945 and 1990, the industrialization of agriculture, environmental degradation and destruction of the world's primeval forests. Bernard Levin attributes many of these evils to utopian modernism (Levin, 1994).

A disturbing aspect of these twentieth century tragedies is that they were direct products of Reason and of Science, with the worst excesses in the most advanced or most advancing nations. This has led to a re-evaluation of reason. Soldiers are now taught to listen to their "inner voice', as well as to their officers; scientists are urged to be ethically responsible; green politicians speak of restraining economic growth. George Steiner suggests that society may have entered Bluebeard's Castle: when Reason opens the final door, labelled Knowledge, our species will hurtle to its own destruction (Steiner, 1971). It is no wonder that so many academic disciplines talk of "postmodernism'. The term suggests, like postgraduate studies, the alluring prospect of moving to pastures new: "Ladies and gentlemen, the past is behind us and the future lies ahead; let us go forward with confidence.' It promises much but means little. Some postmodernists have sought to strengthen their positions by forsaking rationalism. This makes texts very difficult to understand and puts one in mind of Bertrand Russell's observation that it is easy for irrationalisms to defend themselves with bad arguments. When the arguments fail to convince, it proves the limitations of reason (Russell, 1961).

In the fine arts, to be postmodern is to be post-avant-garde. Instead of producing religious art, art for art's sake, or art for the gallery's sake, art is produced to be sold. Critics speak of the commodification of art. Having tired of starving in garrets, many artists have ceased trying to express their views on the human condition, the nature of the world and the nature of art. Instead, they often produce what people would like to buy. Who can blame them?

In architecture, postmodernism means anything that comes after the Modern Movement. Charles Jencks opens his account of the subject by describing the detonation of the Pruitt-Igoe housing scheme at 3.32 pm on 15 July 1972. He explains:

Pruitt-Igoe was constructed according to the most progressive ideals of CIAM (the Congress of International Modern Architects) and it won an award from the American Institute of Architects when it was designed in 1951. It consisted of elegant slab blocks fourteen storeys high with rational "streets in the air' (which were safe from cars, but as it turned out, not safe from crime)... Moreover, its Purist style, its clean, salubrious hospital metaphor, was meant to instil, by good example, corresponding virtues in the inhabitants. Good form was to lead to good content, or at least good conduct; the intelligent planning of abstract space was to promote healthy behaviour. (Jencks, 1991)

The evil genie in the above tale is hygienic rationalism. Jencks invented the July date and time, to poke additional fun at this genie, but he has no proposals for Reason to be re-corked in its bottle and cast upon the oceans of time. Far from it. He identifies eleven reasons, described as "causes', for the crisis in architecture. Only two are explained in detail: univalent form and univalent content. Univalent form is typified by the glass and steel "matchboxes', which modern architects used as the "solution' to every sort of architectural "problem': one way, one truth, one style. Univalent content is seen as a consequence of the range of clients who commissioned modern buildings: faceless bureaucracies, large industrial combines, retail giants and mass housing organizations:

With the triumph of consumer society in the West and bureaucratic state capitalism in the East, our unfortunate Modern architect was left without much uplifting social content to symbolise. (Jencks, 1991)

Tailoring can do little for an antisocial body.

After identifying univalency as the problem, it is no surprise that Jencks should name multivalency as the solution. His introduction to the 1991 edition of The Language of Post-Modern Architecture observes that "If anything reigns [in modern Western society] - it is pluralism'. Pluralism is a strong and easy position to defend. Any who rattle their keyboards in opposition tar themselves with the worst brush of the twentieth century: totalitarianism. "Postmodernism' is used as a label for a group of architectural styles that draw something from modernism and something from historical antecedents.

Postmodern planning is also pluralist. Jane Jacobs launched a bitter attack on the singular zoning policies of modernist planning in 1961. Hating the idea of hygienic zones for housing, industry and commerce, she admired the high density and diverse mixture of land uses in Boston's North End. Unlike her, modernist planners saw it as "a three-dimensional textbook of ``megalopolis` in the last stages of depravity'. Harvard and MIT students, under the guidance of their tutors, spent time on "the paper exercise of converting it into super-blocks and park promenades, wiping away its non-conforming uses, transforming it to an ideal of order and gentility'. For Jacobs, "the general street atmosphere of buoyancy, friendliness and good health was so infectious that I began asking directions of people just for the fun of getting in on some talk'. She also described the streets to be "probably as safe as any place on earth' (Jacobs, 1962).

Instead of trying to create a rationalist utopia, with a place for everything and everything in its place, postmodern planners have embraced the concept of diversity. Feminist critics, who attacked the literary dominance of DWEMs (dead white European males), have turned upon the WIMMPs (white live middle-class male planners) who dominated modernist planning. Dyckman writes that: "From a poststructuralist perspective, it is no longer appropriate to assume that the search for a true or right way to plan is desirable or possible' (Dyckman, 1990). An inherent danger of plural planning is that the environment will become an unholy jumble of ill-assorted land uses and building styles, devoid of the coherence that we admire in the ordered places made by our ancestors. 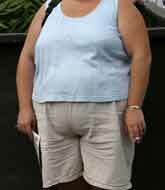