The poverty of discourse that Hunt identifies is paralleled by a poverty of inspiration. But how can the world of ideas be fused once more with that of garden and landscape design? How can art be married to function? The worlds of ideas and of functions have become so vast that no individual can know very much. J.C. Loudon, in the 1820s, was expert on gardening, architecture, horticulture and agriculture, not to mention political economy and philosophy. In the 1990s, one could hardly pretend to more than a patchy expertise in a minor department of one of these disciplines. I believe there are two ways forward: to downplay the role of the individual in landscape design and to up-play the use of patterns. Patterns should become what the computer fraternity knows as a data interchange format.

In the 1820s, the members of an artisan family could have built their own home, grown their own food and made their own clothes. A small hamlet might also have had the capacity to make the necessary tools and obtain its raw materials from the locality. Today, we have a much wider net of economic interdependence. There are many countries that cannot make vital categories of product, such as aircraft. This state of affairs would not be possible without a currency. Nor could the computers that handle information flows operate without data interchange formats. The broadly based arts, including garden and landscape design, require a currency to facilitate information interchange. Patterns, as proposed in a previous essay, can perform this role. They have a long and honourable place in the history of design. The entire industrial process is based on their use. So was "architecture without architects' in pre-modern societies. So was the production of most housing in nineteenth century Europe.

Patterns can be a currency for environmental planning and design that stands comparison with the use of money in economic exchange. Markets bring knowledge and skills together. Instead of each manufacturer having to perform each stage of the manufacturing process, components and skills are purchased from other organizations. Instead of there being One Right Way to manufacture widgets, set by the Central Widget Committee, all manufacturers devise their own improvements. For markets to function, there must be a currency with the following roles.

The first patterns recognized by a newborn child may be those of hunger and thirst. As the child develops, more and more patterns come to be known. Skill in pattern recognition is one of the most central human capabilities, and one of the most difficult for computers to replicate. The most able people are often those with the greatest skill in identifying, manipulating and creating patterns, be they formed by words, numbers, musical notes, human behaviour or visual images. These patterns are akin to universals. Thinking about design, four groups of pattern were discussed in the previous essay: primary/natural patterns; secondary/human patterns; tertiary/aesthetic patterns; quaternary/archetypal patterns. Patterns therefore enable ideas of nature, art and human life to be restored to the foreground position that they once enjoyed in design circles. This was before the advance of rationalism and of scientific empiricism pushed them out and cluttered the foreground with spurious "facts'. Landscape design is a process of embedding new ideas into old landscapes. Nature is not a white sheet at the outset. A "landscape design', like a "town plan' is but a small step in a cycle of perpetual change. It can never be complete.

Human use is fantastically varied, but falls into patterns. Primitive man made paths through the wilderness. Modern man follows desire lines through the urban jungle, which we pave. Yet it would be impossible to produce a complete list of functions, even for a small outdoor space. Backyards are used for sunbathing, snowballing, outdoor cooking, pets, nature watching, repairing gadgets, hobbies, entertaining friends, growing plants, children's play, storage, exercise, solitude, and much else besides.

Tastes differ and tastes change. Theories evolve. We all have conceptions of what fine art is, and few would dispute their importance to the applied arts. Landscape designers must learn to conduct a trade in ideas, for which they need a currency. Patterns can become that currency. Landscape design is a wide‑reaching activity, with multiple inputs, hosts of outputs, and a need for procedures to guide the efforts of practitioners. The concept of pattern deserves a central position in the designer's trade, but the designer is no author-god.

Claims to "authorship' of a landscape design carry little conviction: the climate will be unchanged; the land will have existed for billions of years; the fauna and flora evolved long before man; many other designers may have worked on the site; several clients may have dictated the design; most of the component artefacts will have been made by others. What does our modern "designer' claim to have done? Not much. But modest changes to the landscape can result in valuable improvements. Designers should not worry about the use of patterns compromising their individuality. 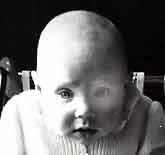