History and theory of garden design and landscape architecture > Garden and Landscape Books > Essays on Cities and Landscapes by Tom Turner - contents list > 1.2 Modernism and Design

In a broad sense, modernism can be used, as by Habermas, to describe the "project of Enlightenment' (Habermas, 1987). By systematic doubt, Descartes arrived at the elementary principle "I think therefore I am'. Thought was regarded as the very essence of existence, so that reason, rather than authority, religion or tradition, became the criterion of truth. Philosophers, and then politicians, became persuaded that the sustained application of reason would lead to truth, knowledge, freedom and happiness. These goals became the basis for utopian modernism in many areas of life.

J.C. Loudon, a child of the Enlightenment, applied reason to many environmental questions. He wrote famous magazines and encyclopedias on Gardening, Architecture and Agriculture, all of which propagated Enlightenment ideas. John Robertson, his admiring assistant, who later drew up Paxton's plan for the great public park in Birkenhead, penned an obituary poem to record Loudon's passing (Loudon, 1845):

He wielded no sword in his country's cause,
But his pen was never still;
He studied each form of Nature's laws,
To lessen each human ill.

That voice is hush'd -- and lost the sound
Employ'd to raise the poor;
But the echo shall, by his works, be found
To reach the rich man's door.

His pen is still! -- and his spirit fled
To brighten a world on high:
The cold, cold earth is his lowly bed;
But his name shall never die!

This is a noble statement of the means and ends of modernization: the pen will replace the sword; reason will explain Nature's laws; each human ill will be lessened; the poor will be raised up; the names of individuals who contribute to the enlightenment of mankind will be remembered forever. They contrast with the medieval beliefs of pre-Renaissance Europe: Nature was a divine mystery, inaccessible to human reason; Man, having fallen from grace, was condemned to a life of suffering and toil; works of art were inspired by God; individuals were of little importance; the Church should wield the sword to restrain any manifestation of reason that threatened the one true faith, be it Christian or Moslem. By Loudon's time (1783--1843), reason had become a grand avenue to the modernization of society, art, religion and philosophy. Organized public education was a great hope for the future. In 1829 Loudon maintained:

That individual cultivation carried to its greatest practicable extent in any one society, however corrupt or misgoverned it may be, will, sooner or later, effect, in the laws and government of that society, every amelioration, and, in the people, the highest degree of happiness and prosperity of which human nature is susceptible under the given geographical circumstances... We premise, however, that our plan is neither original on our part nor striking, being little more than what is already put in practice in Bavaria, Wurtemberg, and Baden. (Loudon, 1829)

An enlightenment approach to the modernization of society spread from Europe to the whole world -- and may indeed have produced "the highest degree of happiness and prosperity' that is possible upon this earth. The technological benefits were great, and modernist principles led to parallel developments in the arts, architecture, planning and design. 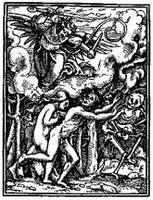