A metaphor carries an idea from one area of thought to another. Furniture can have feminine legs (Figure 7.1); a flower is the day's eye (daisy); an error glares at you; drinks are soft; cash is hard; our lives have a spring and an autumn. Metaphor derives from meta (Greek, after) and phero (Greek, carry). In literature and the arts, in planning, architecture and design, metaphors have a supremely creative role. They provide a system of thought that can supplement or bypass logic. Creative fusion of two entities takes place in a metaphor, as in sexual reproduction, to produce new entities taking genetic characteristics from each parent. Things are transformed into other things. Hybrid vigour can result from dissimilar parents. This, a constructive view, is the poet's and the artist's traditional opinion of metaphor. Metaphor constructs meaning and is an essential part of creativity. "The greatest thing by far is to have a command of metaphor', wrote Aristotle in The Poetics.

An opposite view of metaphor is associated with the empiricist--scientific tradition. Hobbes wrote that "when we use words metaphorically; that is in other senses than that they were ordained for; ... [we] thereby deceive ourselves' (Hobbes, 1651). According to this view, which may be described as non-constructive, metaphors are "fuzzy and vague, unessential frills, appropriate for the purposes of the politician and of the poet, but not for those of the scientist, who is attempting to furnish an objective description of physical reality' (Ortony, 1979). Scientists often see metaphors as literary devices that obstruct the icy logic upon which scientific progress depends.

With declining faith in the objectivity of science there is a rising tide of enthusiasm for metaphor. Instead of joining a debate on the philosophy of science, this essay will focus on the use of metaphor in planning, architecture and outdoor design. An interesting literature is developing on the constructive use of metaphor in the natural and social sciences. Nineteenth century social science, for example, is seen to have been based on the metaphor of an engine, while twentieth century social science is seen to be based on a systems view of reality, resulting from an electrical metaphor.

An essay by Donald Schön, in a book on metaphor (Schön, 1979), highlights the use of metaphor in social policy. He quotes an American judge who described a slum area as being so badly "possessed of a congenital disease' that it must be completely replanned and redesigned

to eliminate the conditions that cause slums -- the overcrowding of dwellings, the lack of parks, the lack of adequate streets and alleys, the absence of recreational areas, the lack of light and air, the presence of outmoded street patterns.

The health/disease metaphor was used to define a "problem', which could then be "solved' by a modern remedy. A later generation of planners, led by Jane Jacobs, became disenchanted with the slum-clearance "solution'. Schön argues, correctly in my view, that the importance of the health/disease metaphor was in setting the problem, not in solving the problem. Metaphors construct, or frame, views of "reality', which can be used in policy-making and planning. They highlight structural characteristics of the world. It is dangerous if those who frame metaphors believe there is only one reality. But if metaphors are recognized as creative constructs, they can have immense value. 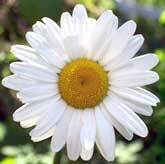 The Eye of the Day 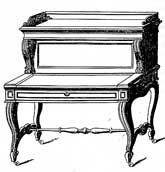