Consider an Arctic family. Towards the end of a bleak winter, they are facing starvation. All the hunter's effort must be concentrated on obtaining food. Wind, ice, snow and danger must be ignored. Only one thing matters: formulating a plan to trap and kill an animal. This medium-term objective takes absolute priority over short- and long-term considerations. "To kill an elk' may be the objective. If snow piles up, the wind howls, or a polar bear removes an arm, the hunter must exercise fortitude. His problem requires a solution. There will be a Survey of the existing environment, an Analysis of the alternatives and a Master Plan for the attack. I suspect that much of the bad housing design that architects used to produce was a consequence of training hunter-designers and then letting them loose, with this approach, to design nests. All sorts of unusual plans and aesthetic effects were created -- but the rooms were awkward, the roofs leaked, the doors did not fit, the materials rotted, the insulation was dreadful and the energy costs sky-high. Hunters think of their reputations and of their prowess. They have little concern for comfort, security or economy, which were the historic concerns of vernacular architecture.

The Arctic nest-maker, who stays at home to look after the children, has different priorities. Thinking about the short term, she must look to every morsel of food and every draught of cold air. Thinking about the long term, she must rear her children to be hunters and nesters in their turn. Her perspectives are both shorter term and longer term than those of the hunter. She knows that broad objectives cannot be fully attained. Many promising young nester-designers are driven mad in design studios by "studio masters' who only award marks to hunter-designers. One often hears staff in design studios, myself included, say: "Where is your overall concept?', or "You have nice ideas, but where is your master plan?', or "What is your vision of how the place will be in 25 years' time?'. We re-echo the immortal words of Daniel Burnham, which are the traditional inscription on studio walls:

Make no little plans; they have no magic to stir men's blood and probably themselves will not be realized, make big plans; aim high in hope and work, remembering that a noble, logical diagram once recorded will never die, but long after we are gone will be a living thing, asserting itself with ever-growing insistency. Remember that our sons and our grandsons are going to do things that would stagger us. Let your watchword be order and your beacon beauty. (National Capital Planning Commission, 1961)

Evidently, Burnham had few hopes for his, or our, daughters and granddaughters. He convened the greatest meeting of artists since the fifteenth century, to plan the World's Columbian Exposition of 1893. They were all men, and the project is widely agreed to have set back American architecture by a generation. The World's Columbian design team produced an Italianate pastiche, primarily intended to compete with the ancient glories of Europe. We can see this as typically infantile masculine competitive behaviour. Burnhamesque questions incite designers to what is known in our society as the masculine role (Figure 3). They are questions for the hunter and the warrior, not for the nest-maker. Similarly, when examiners assess studio projects and design competitions, they have a lamentable tendency to make up their minds after a quick glance at the drawings. A big idea and a good show is what they want.

After examination, the hunters are decorated with strange awards and sent off to make killings in the design offices of the world. When writers, and the general public, mock the schemes that their peers admire, they too go mad. John Dixon Hunt finds but one successful moment in the "otherwise silly' Parc de la Villette (Hunt, 1992). Most of the visitors, it has been suggested, are would-be hunter-designers, who come armed with cameras, learning how to kill.

Even the design history books are biased. They chronicle the way of the hunter and describe the places that leaders inhabit, before or after death. "Architectural history' is often a superficial tourist guide to the facades of palaces, monuments and churches. Such texts ignore the real issues: how towns and buildings respond to social patterns, the conservation of energy, the use of materials, transport, sanitation. Garden history is not much better. Bazin believes that, in origin, garden design is a feminine activity (Bazin, 1990), but he too writes of hunting parks, palace compounds for mega-rich, social gathering places for the idle follies of amateur Casanovas and professional Fanny Hills. We do not read of the teams of serfs who toiled in the wet and in the cold to dazzle a few eyes for a few minutes. Can the history and theory of how to make palaces, palace gardens and palace towns really be so important to the modern professional? 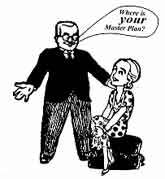 Fig 12.3 A Burnhamesque question: "Where is your Master Plan?"