This plan was prepared by a committee representing the municipal authorities (the "London Boroughs') in and around London, known as the Greater London Regional Planning Committee. It contained a Memorandum on "Open spaces' by Raymond Unwin. He was chief technical advisor for the 1929 plan, author of a famous book on Town Planning in Practice (1909) and a designer of Hampstead Garden Suburb. The 1929 plan introduced the concepts of a green belt and of open space standards. It distinguished between "open land', which meant undeveloped land, and "open space', which meant recreational land, though the terms were confused. The basic planning idea was quantitative: each 1000 people should be allocated a certain quantity of parkspace. The plan recommended that "7 acres per thousand of the population' should be reserved for playing fields, and that there should be additional open space for "people to walk in, for pleasure and picnic resorts and so forth'.

With regard to the distribution of open space, the most celebrated feature of the 1929 plan was the proposal for a "green girdle' of non‑playing field open space in the form of a ring round London (Figure 17.2). Unwin wanted playing field land to be concentrated in central areas. Britain's government hoped that sport would diminish juvenile crime and improve the physical health of future conscripts to the armed forces. In 1938, a Green Belt Act was passed and land acquisition began. Large tracts were purchased but not joined together. Nor, in many cases, were they even made available for recreation. Most of the land became municipally owned agricultural land: not greenway, not parkland, not a good idea. 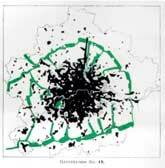 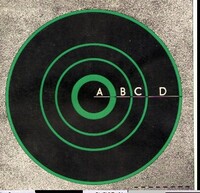