Reading the built form of ancient cities, one can discover which groups of experts have held power in past periods. The church and the military have inscribed their glorious subtexts on many towns, with the military having been notably prolific. Every general wants more men, weapons, city walls, roads -- and maps. Their interest in maps is especially interesting. A 1992 book on Writing Worlds, by a group of geographers, considers the relationship between maps and power (Barnes et al., 1992). The view is advanced that "representations of landscape - the city, the countryside or wilderness - are not mimetic, but rather a product of the nature of the discourse in which they are written'. Medieval maps say as much about "the contours of feudalism' and "the shape of a religious hierarchy' as they do about topography. If a map of Dunbar was the only surviving record of the town in 1830 (Figure 11.1), we could read much about the Earl of Lauderdale's power and influence. Maps cost money and reveal social structures. They are instruments in the struggle for urban power. Instinctively, designers and planners know this, but because of the high value placed on objectivity in the twentieth century, we try not to see the map's subjectivity.

Reading maps of modern cities, or the cities themselves, tells us about the power relationships between experts. Journalists and others quip that planners caused more damage to British cities in the 1960s than did military action during the 1940s. Here is an account of what happened to a small village in Scotland:

The second half of the 20th century has not been as kind to Ardrishaig as it was to its most famous son, John Smith. The architects of a planned society began to drag Ardrishaig into the modern age in 1960. They started with the demolition and reconstruction of most of the houses on the landward side of Chalmers Street. The village began to grow, almost unnaturally, up the brae beyond the school with Swedish-style wood-fronted council houses. The blows to the old-established structure of village life were deep and irreversible. The planners moved in on the south, seaward side of the street, knocking down the decrepit but charming Fisher Row and then the entire street except the church hall. There were plans for a pedestrian precinct that came to nothing. (Sunday Times Scotland, 1994)

This obituary for John Smith, a Labour Party leader, is also an obituary for the village. What caused the damage to Ardrishaig? Judging from the above account, the trouble resulted from:

The theories that inspired the policies, guessed at in brackets, come from various professions and government departments, not from planners or planning theory. Planners may have tried to conduct the orchestra, but they did not compose the music or select the tunes. Attribution of blame to "the architects of a planned society' is deserved only to the extent that changes to Ardrishaig were shown on plans before being built. In rural areas, the plans probably indicated towns as black, and thus important, while agricultural land was left white, to show its unimportance. Mapping policy influences planning policy, surreptitiously and insidiously.

Government agencies produce maps and plans -- to reinforce their interests. Departments of Agriculture map agricultural quality -- because they wish to protect farmers. Departments of Nature Conservation map ecological value -- to protect habitats. Hydrologists map aquifers -- to protect water resources from pollution. An aspect of the environment matters only if a government department, or profession, has a responsibility. This puts town and country planners in a curious position. Is their job, acting as mere bureaucrats, to implement other people's policies, as happened in Ardrishaig? Or is it to develop a meta-discourse in which conflicts between subsidiary experts can be resolved? Some theories of planning have been mainly about power: "You give us power; we will give you good cities' has been the implicit offer. Systems planning, in the 1960s, was like this. Planners saw themselves as "conductors of the orchestra'. Politicians, who peddle a similar brew, were not very susceptible to this line of argument. They preferred specific urban design proposals, such as "slum clearance', "more sewers', "more roads', "more pedestrianization' or "more parks'. When persuaded, they employed designers to implement their projects, as happened at Ardrishaig. Designers, unlike cartographers, have always known that plans are drawn to influence events. That is their raison d'être. With Karl Marx, they see that "the point is not to understand the world, the point is to change it'. Plan-makers' remuneration used to come from private individuals. This made it easy to discover what sorts of changes should be made: you asked your client. For architecture, Wotton described the conditions as "commodity, firmness and delight' (Wotton, 1624). The clientele he had in mind were Noble Men and Noble Minds (Figure 11.2). They were the people who commissioned architects. When public agencies and public companies came to the fore as clients, things became difficult. Geddes asserted that the aim of planning is to make "good places'. It was an admirable idea, but, in this life, a place cannot be good from every point of view. Lynch defined seven clusters of performance dimensions criteria for good cities: Vitality, Sense, Fit, Access, Control, Efficiency and Justice (Lynch, 1981). Others have ducked the problem and stated, reasonably, that it is the job of democratic bodies to take decisions. As Mrs Thatcher put it, advisers advise and ministers decide. Although this principle is easily accepted, ministers' decisions have to be based on "facts', which are constituted by the technical vocabularies and maps that advisers have drawn up for particular purposes. When agricultural land was mapped, but not nature reserves, politicians protected agricultural land, but not nature reserves. 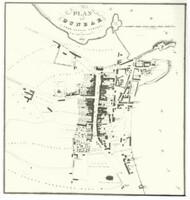 Fig 11.1 The 1830 plan of Dunbar tells much of the Earl of Lauderdale’s place in society. He lived in the great house at the north of the high street and controlled much of the town’s life. 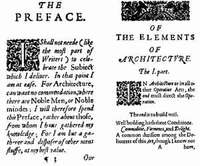