Gardens have been made in Turkey since ancient times. There are disappointingly few surviving Turkish gardens - but the following stages in the evolution of Turkish gardens can be identified: 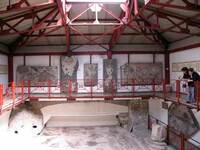 A fragment of Roman mosaic from the Great Palace Garden (now part of the Mosaic Museum in Istanbul, Turkey 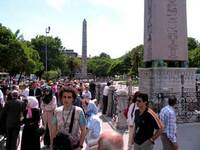 Hagia Sophia, with minarets added after the Turkish conquest and Sultan Ahmet Garden, made in the twentieth century 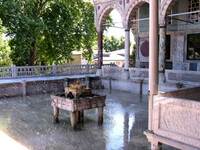