Vastu is where a person or god resides and shastra means book. So the Wikipedia translation 'science of architecture' is misleading. Vastu shastra is better understood as the Hindu version of China's Feng Shui. It embraces the philosophy and practice of planning and environmental design. It is, very much, an approach to design with nature for houses, towns, cities, gardens, roads, water works, shops and other public areas. The ideas are ancient and there have been many revivals since the 1960s resulting in an extensive literature.

Dr Vibhuti Chakrabarti writes, in Indian Architectural Theory: contemporary uses of Vastu Vidya (London:Curzon Press, 1998, pp6-8) that the orientation of a site is established by drawing a circle round a peg and using the intersection of the morning and evening shadows to determine the directions of north and south. Then "Once the orientation of the site is established, the Vastu Purusha Mandala  is superimposed on the site. The Vastu Purusha Mandala can be regarded as the master grid for design. The Mandala is the grid in its ideal form of a square, and symbolises the Purusha or the cosmic man who is pressed down on each of its subdivisions by various divinities. This has a symbolic, a functional, as well as a ritualistic bearing on the house. The Mandala, the 64 square grid, and the Paramsayika, the 81 square grid, are used for the design of dwellings. This Mandala is drawn on the site with the help of a cord and smaller pegs, the details of which are elaborated in the texts. Therefore, the Mandala with all the subdivisions, on the purified and sanctified site, indicates the form of the house. The house is built around a central open space, ruled by Brahma, as depicted on the Mandala. Each side of the square holds one range of the house. Depending on the scale of the house, additional grids are added to make it a seven or a ten range house. The length, width and height of the ranges and the verandas are of the prescribed proportion... The roof is constructed in stone, brick, wood and thatch depending on the scale and occupancy of the building. The shape and dimension of each piece must conform to the prescriptions. The dictates of the construction technique aims at a perfect joinery system. To determine the specifications for the entahlaturc that is laid out to connect the pillars and support the roof, Manasara suggests six different ways, each with six different alternatives to choose from. The choice depends on the type of the building. The pillar may be circular, square, rectangular, pentagonal, hexagonal, octagonal, twelve faced, sixteen faced, or fully ornamental. The dimensions for the capital, base and socle [plinth] are proportional to the height of the pillar. They are further subdivided into smaller parts of specified dimension. Each of the building elements is carefully! chosen to be in tune with the house type, similar to the choice of each musical note in a Raga or a musical composition." 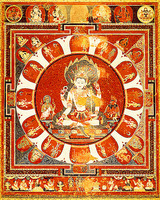 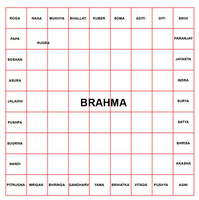 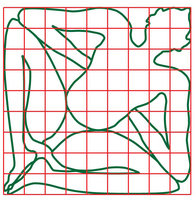 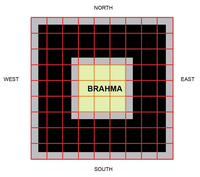 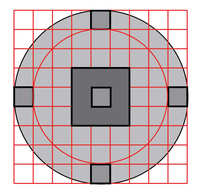