Babylon is famous for its Hanging Gardens but has a stronger claim on the garden historian's attention. The Fertile Crescent (an arc from Egypt to the Persian Gulf) is the region where city building began and Babylon became one of its greatest cities. The making of temple gardens may well have begun in Mesopotamia. But the gardens made here have all gone, either cultivated or washed away by floods, leaving a fertile ground for speculation.

Many of the world's religions originated in this region (Egypt, Israel, Lebanon, Syria, Jordan, Iraq, Iran). Temples were built and there was planting in the temple precincts. A respect for trees is attested by both textual and archaeological evidence. Gothein comments on a sacred grove in the Epic of Gilgamesh:

In the story King Gilgamesh sallies forth with his friend Engidu to slay the Elamite tyrant Humbaba, the guardian of the cedar wood, whose business it is to terrify all human beings. His breath is like the roaring of the storm in the forest. They seek him in his lair on a high mountain with woods all around. It is thought that the cedar wood mentioned in the Gilgamesh Epic was in Lebanon. 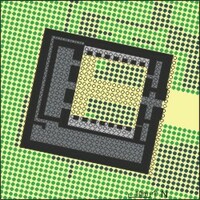 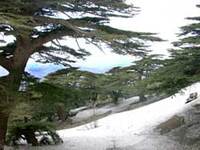