The history of garden conservation should be seen in the general conservation context outlined in the previous section. Roman gardens were destroyed as part of the campaign against paganism. Sacred trees were felled and pagan statutes cast aside. During the renaissance, Roman garden design ideas were re-born along with other aspects of classical civilisation. Pirro Ligorio, an Italian architect, garden designer, painter, writer and antique dealer, began excavation of the Villa Adriana near Tivoli in 1549. His concern was partly to discover how it had been designed and partly to find statues which could be used in the nearby Ville d’Este.

When renaissance gardening ideas spread to the rest of Europe there was no comparable move to excavate Roman villas. Most had, in any case, been lost from view. The eighteenth and early nineteenth centuries were generally periods in which old ‘formal’ gardens were destroyed. They had come to represent an out-dated approach to government: autocracy. But the landscape movement of the eighteenth century directed attention to classical remains. Some ruins were excavated and transported to Northern Europe.

JC Loudon (1783-1843) was one of the first to appreciate ‘ancient’ styles of garden design. Walter Scott (1771-1832), ten years his senior, also wrote warmly about old gardens. All sorts of historical fragments came to be appreciated and stored in the new museums. John Harvey dates the origins of historic garden conservation to this period. He gives the restoration of the garden at Levens Hall, after the appointment of Alexander Forbes in 1810, as one of the first projects (p.9). The historic garden at Chastleton was replanted in 1828.

By the mid-nineteenth century a policy of mixing styles had become popular in gardens and there was a stay of execution on the destruction of older gardens, if not active conservation. William Morris (1834-96) was interested in re-visiting old styles of garden design. In England, The garden at Penshurst was one of the first to be restored, in the 1860s, to its 'Old English' style. George Devey used Kip's engraving (c1700) for guidance. A second restoration began in the 1970s. In France, the nineteenth century saw a turning away from ‘foreign’ romantic gardens and a return to popularity of the classical style of Louis XIV. It was revived by Henri and Achille Duchêne. 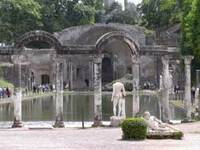 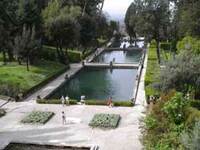