The restoration and management of a historic garden is a demanding task requiring many skills and some theory. One’s boots are often in the mud while one’s eyes look to distant horizons. Everyday operations involve, in Churchill’s words, blood, toil, sweat and tears. Such work leaves little time for reflection. Design historians, with time to think and write, have sometimes given their attention to the subject and a body of theory is emerging. John Harvey and Sir Geoffrey Jellicoe made significant contributions.

Discussion of Harvey and Jellicoe

Both studied architecture before they became interested in gardens but they were men of different temperaments and abilities. One could liken the contrast to that between a meticulous portrait painter (Harvey) and a broad-brush landscape painter (Jellicoe). The fact that it was Jellicoe who drew a comparison between portrait painting and gardens reveals the gulf between the two to be narrower than one might think. Both are keenly aware that gardens are subject to perpetual change. If writing a joint letter to The Times, I guess Jellicoe would have been happy to put his name to the following sentence, written by Harvey: ‘Every garden or estate bears the stamp of the taste of past owners and of the skill of master gardeners, and we must interpret “the genius of the place’ to incorporate the qualities from each individual succession of human personalities’.

The last five words in the sentence, however, draw attention to a difference between the concerns of the two men. Jellicoe worked as a design consultant on great gardens with new owners to carry forward the ‘succession of human personalities’. Harvey’s involvement was with detailed scholarly research. He emphasised the need for long study and a painstakingly piecemeal approach. Jellicoe, while accepting the constraints of history, recognises the place for a new vision which he describes in a brilliant phrase as ‘creative conservation’. In deciding whether to freeze a garden design, or allow its evolution to proceed, much will depend on the quality of the garden and the relative scarcity of the style it represents.

A Freeze Frame policy applies most naturally to gardens made at particular points in time, for which good records exist and there is no pressure for change. Many great gardens are now in the ownership of organisations with national responsibilities (eg Britain’s National Trust). It is much more difficult for such organisations to base decisions on personal taste and so many are treated, like the study of a famous author, as time capsules with the outdoor equivalents of an open ink-well and a sheet of white paper on the great man’s desk. It is a worthwhile policy but one can be over-done. 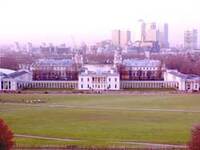 Greenwich Park. With regarded to the paths in the foreground, Sir Geoffrey Jellicoe advised that (1) they are out of character with the baroque layout of the park (2) they are unsightly (3) they should be removed. Tom Turner comments as follows (1) I have looked at the site thousands of times and put an old painting of the place on the cover of a book on English Garden Design (below) (2) my conclusion is that Jellicoe was wrong to suggest removing the path: it is older than the baroque layout and remains a strong pedestrain desire line (3) it would be better to use Jellicoe's theory of creative conservation - and replace the dreary bitmac with a more appropriate design (perhaps limestone paving) 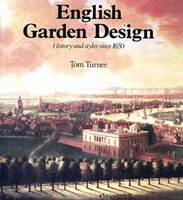