Like West Asia and Europe, China has three primary types of enclosed and vegetated outdoor space: hunting parks, domestic gardens and religious gardens. Though China's ancient hunting parks have vanished, the great imperial landscape parks which are their close relatives survive (eg the West Lake and Beihai). Ordered domestic courtyards, made under the influence of Confucius, remain in old Chinese towns. Stylised representations of the natural world made by scholars under the influence of Taoism and Buddhism have become famous as 'the scholar gardens of China'.

1440 The Master-of-Fishing Nets Garden in Suzhou 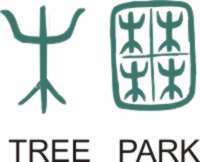