Botanic gardens are a great deal older than one might think. Chinese emperors, Egyptian pharaohs and Babylonian kings all formed plant collections in protected enclosures. We may not consider them scientists in our sense but they were plainly influenced by the urge to collect. It is a powerful urge.

Botanical gardens in the modern sense date, like modern science, from the renaissance. The Orto Botanico in Padua is believed to be the oldest extant example.

During the baroque period, botanic gardens were made on the estates of kings and nobles, often combined with zoological gardens - as at Schonbrunn in Vienna and the Wilhelma in Stuttgart.

In the nineteenth century botanic gardens were made by rich men and, increasingly, by scientific institutions and public bodies. See list of Botanic Gardens. 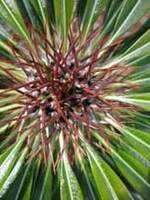