Beer is not a new drink. The Chinese brewed beer ‘Kui' over 5,000 years ago. In Babylon, women brewers were also priestesses. The code of Hammuabi regulated the brewing and distribution of been. Beer was an important food in Ancient Egyp and also had a sacred role. People gathered to drink in a ‘house of beer' and the probability is that 'house' meant a walled enclosure part-roofed and part-garden. The Greeks taught the Romans to brew, and Julius Caesar, after crossing the Rubicon in 49 BC used beer to toast his officers. Beer remained popular during the Middle Ages.

In modern Europe the country most closely associated with been gardens is Germany. They are found throughout German towns and are a popular feature of public parks. 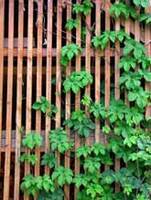 Hops deserve a place in every beer garden 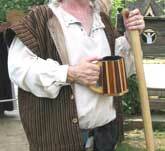