History and theory of garden design and landscape architecture > Companion to Asian gardens: belief, history and design 3000 BCE to 2000AD

The oldest known gardens were made in West Asia. According to the creation myths of Mesopotamia and Egypt, the world began in watery darkness. The gods then made land, light and life – and were honoured in sanctuaries comprising mounds, pools, plants, buildings and terraces. These were the earliest symbolic landscapes and their components, with the sky, remain the compositional elements of garden and landscape design. In the millennia after 3000 BCE, great gardens were made on the fringes of Central Asia. The origins of garden design as a fine art lie in religious beliefs about the nature of the world and man's place in nature.

Horticulture began c10,000 BCE and the first aesthetically designed gardens known to history were made under the influence of polytheism in West Asia (c3,000BCE). The modern names of the countries in which these gardens were made are Iraq and  Egypt.  By 500 BCE aesthetically designed gardens were also being made in Iran.
Babylon Eridu Ur Uruk  Nineveh Khiva Garden of Eden Domain of Amun Luxor  Amarna Medinet Habu Sennufer’s garden Karnak Mycenae  Pasargadae Persepolis Naqsh-e Rustam Firouzabad Bishapur Ctesiphon

Islam became the dominant faith in West Asia and, like Christianity in Europe, suppressed polytheism and destroyed polytheist gardens. Both Islam and Christianity went on to develop highly refined styles of garden design which drew on polytheist precedents.

The origins of civilization in the Indus Valley are uncertain but may be West Asian. Hindu civilization developed in Central Asia and brought a reverence for natural landscape to the plains of North India. There are no physical survivals from ancient Hindu times but enough is known of their character to conclude that India had a wonderful garden tradition.
Harappa Mohenjo Daro  Ayodhya Ajanta Sanchi Sisupalgarh Orchha Khajuraho

Buddhism developed in the foothills of the Himalayas and appears to have drawn on both Hindu traditions and on the Bon religion of Tibet. Gardens and parks have a central place in Buddhist culture and became the world religion with the most extensive influence on garden design.

China is said to have a garden design tradition reaching back 5,000 years but the ancient examples were vast Daoist-inspired tracts of natural landscape, which we would call parks. The intricate and excellent town gardens we now view as classically Chinese were made after Buddhism became significant in China.

The earliest sacred places in Japan were inspired by Shinto, which has similarities with Daoism. Shinto continues to influence Japanese gardens as do the lost Buddhist gardens of Tang and Song Dynasty China.

International Modernism became the dominant influence on gardens throughout Asia in the twentieth century. ‘This produced an abstract style of garden design, a few masterpieces and a great many dull and “soulless” places’. Happily, there are signs that the sun is setting on this phase of Asian garden design and landscape architecture. 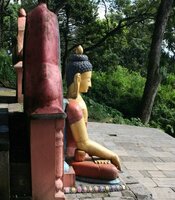 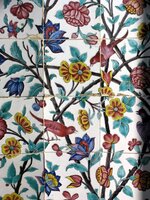 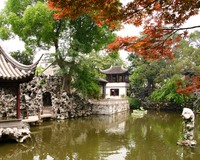 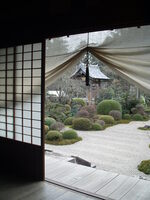 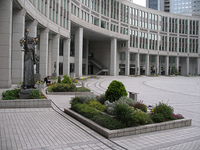