The first castle on the site was a fortified medieval house with an enclosed garden. The castle had two towers, which survive, and the base of a third tower now supports a fine garden terrace. In the early eighteenth century the old castle was replaced with a noble dwelling looking to Lac Leman, the Alps and Mont Blanc. Influenced by Mansart, it was inspired by Versailles. The originally baroque layout of the gardens evolved into a more gardenesque nineteenth century design, using the old lines and the planting style of its era. The present garden dates from the 1950s and is famous for its iris collection (in the Châtelain Garden) and its collection of modern sculpture. There is a Medieval Walk, a Tree Walk and and a Rose Walk. The Muñi's Garden has ancient trees and modern tulips. Daria's Garden has peonies and rhododendrons. Dorianne's Garden is a formal rose garden. See blog post on Jardins du Château de Vullierens and see on Instagram and on Facebook.

Did you know that above Morges, between Lausanne and Geneva, lay the most spectacular gardens in Switzerland? It is opened for a brief period of time with a lot of new things to admire: Gardens, Sculptures, Art, Architecture but also to taste: brunches, lunches, tea time, wine tasting and enjoy: boutique, walks, special offer for families. 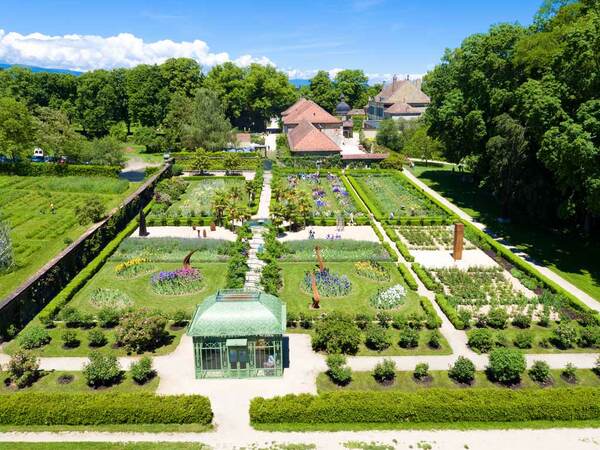 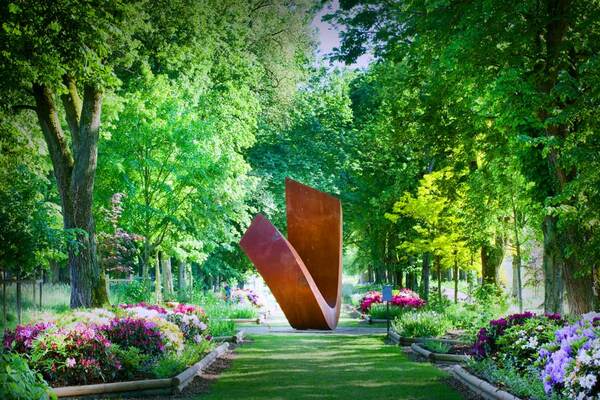 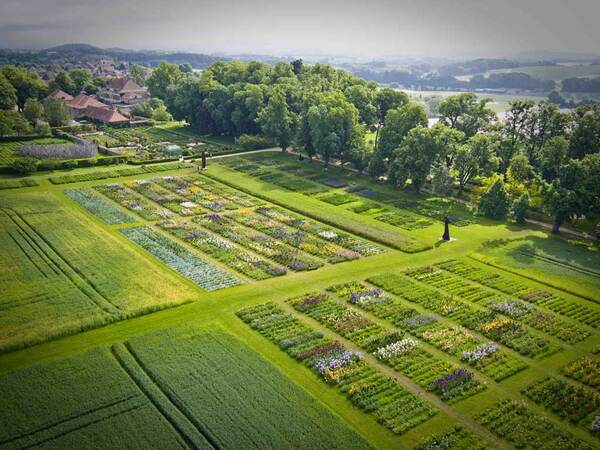 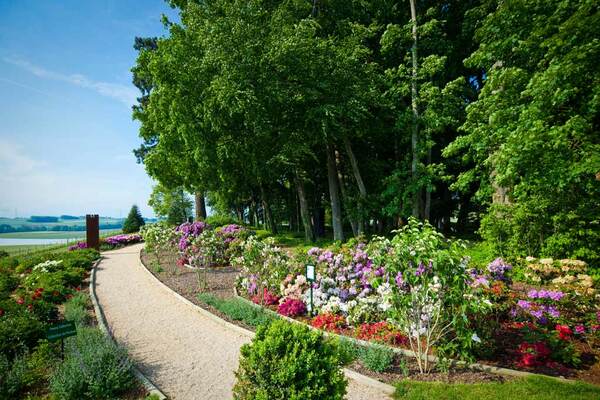 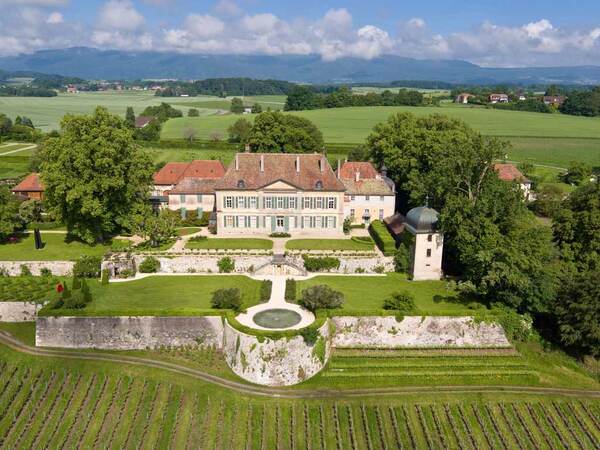 The first record of the parish of Willerens, part of the barony of Cossonay, can be traced back to 1228. In 1308 Pierre de Duin was granted permission to build a fortified house with dwellings on the land, becoming its first lord. This imposing fortress, similar in structure to Château de Vufflens, was dominated by a square tower with machicolations. On his marriage to Guillermette de Duin, Guillaume de Colombier took possession of the fortress, and the land remained the property of their descendants until the family line was extinguished in the sixteenth century. In 1421 Vullierens became a banneret seignory, part of the bailiwick of Vaud, and was given to Henri de Colombier, lord of Vufflens. Through marriage and inheritance, Vullierens remained with the de Colombiers then went to the Allinges, until 1665 when it was given to Henri de Mestral by sovereign decree. Since then, the estate has remained with the de Mestral family and its direct descendants. The father of the current owner inherited the Château in 1950 from his mother, Georgina Bovet de Mestral. The Château as it stands today was built by Gabriel-Henri de Mestral, comrade-in-arms to Abraham Davel, who was born in Pampigny in 1670.

Towards the end of the seventeenth century, news that a “little Versailles” was being built in the region spread like wildfire. Legend has it that when Charles de Chandieu’s beautiful French wife set eyes on the dark and dank castle intended as her future home, she turned on her heels and swore she would return only when a new Château, comparable to those of France, had been built. Anxious to please his bride, Charles ordered that the old fortress be demolished and the present- day Château de L’Isle built to drawings by a student of Mansart. His wife, on returning, must have found the new architecture to her liking as she stayed, and went on to give her husband 11 children.

Naturally, such an event didn’t go unnoticed among the other ladies of the region. They too were little enamoured of the uncomfortable fortresses where they spent their days behind heavy walls, in rooms where daylight barely penetrated. And so, circa 1706, Gabriel-Henri de Mestral called on the same architect to draw up plans to transform Vullierens – with the condition that certain features of the feudal castle remain, namely three towers (one was demolished in the 1900s to open up the view onto Mont Blanc), that part of the ramparts supporting the present-day terrace, and the outbuildings. The rest was demolished and the stone reused for the new building, which was finished in 1712.

Equal care was afforded to the inside of the Château. Tapestries were commissioned from the prestigious Aubusson workshops in France. Craftsmen from China were employed to create exquisite wallpapers. The decoration for one of the wood-panelled salons was also executed by Chinese artists. Another salon was lined with beautifully embossed Cordoba leather. Château de Vullierens presents a fine example of the architecture of its period, not a single alteration having been made to its exterior since it was completed in 1712. Even the layout of the different rooms is unchanged. It is also one of the few remaining illustrations of an authentic eighteenth-century seigneurial residence, still with its period tapestries and furniture. Indeed, Gabriel-Henri de Mestral stipulated in his will that the Château’s furnishings were not to be dispersed. Château de Vullierens remains the de Mestral family home and is therefore not open to the public.

Themed gardens and flowers include late tulips, rhododendrons, peonies, irises, roses, and day lilies. The iris collection is perhaps Europe’s most modern – a mosaic of 50,000 blooms the spring, re-flowering varieties in the autumn.

April to July and September to October